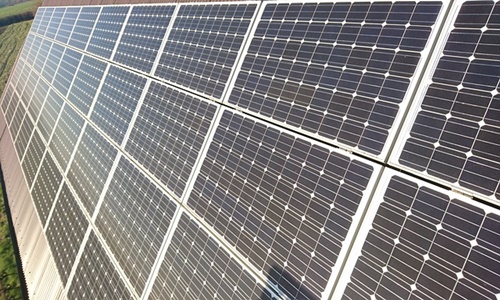 The projects have been recently completed and hold a combined capacity of 70 MW.

Under this FIT (feed-in-tariff) deal, the solar PV power plants have 18 years remaining on the contracts.

As per sources, a Japanese commercial financier, Aozora Bank, served as lead arranger, with Nomura, a financial institution, serving as the sole bookrunner and original lead arranger.

In February, Enfinity Global paid around US$ 1 billion for a 250MW solar portfolio in Japan that included five projects of 180MW in total capacity, which are still in the planning stages.

Under this portfolio, three large-scale solar power plants, which were already operational and had a combined capacity of 70MW, were included.

In October last year, the Japanese Government revealed plans to meet the renewable energy objective in a mix of power generation to between 36% and 38% by 2030. Apparently, the country is also planning to increase its clean energy target to 108 GW by 2030.

According to a leading PV industry/market consulting company RTS Corporation, Japan will have 111GW of installed solar by 2025 and 154GW by 2030 in a typical scenario.

However, an "accelerated scenario" would result in PV installations reaching 115GW by 2025 and exceeding 180GW by 2030.

Commenting on the latest development, Carlos Domenech, Enfinity Global’s CEO, has stated that the firm is committed to contributing to the ambitious goal of achieving carbon neutrality in Japan by 2050. He added that the firm is appreciative of the faith placed by its financial partners, Aozora Bank and Nomura in this endeavor.

For the unversed, Enfinity Global is one of Japan's leading solar power companies that play a significant role in the energy transformation.

Earlier this year, the renewable energy company acquired a 250MW solar PV portfolio in Japan at an enterprise value of $1 billion. According to the firm, this strengthened its position as one of the market leaders in the country.