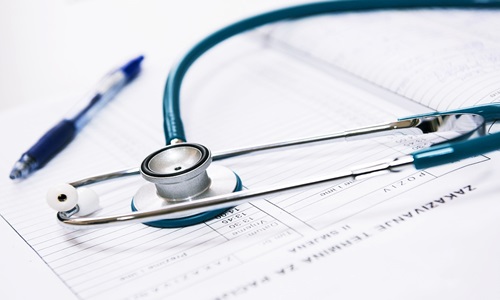 The results showed dose-dependent disease control in patients with advanced refractory disease when managed in combination with ciforadenant (CPI-444). Corvus Pharmaceuticals, Inc., a clinical-stage biopharmaceutical firm focused on the development & commercialization of targeted oncology therapies, has recently announced initial results from its Phase 1/1b trial for its anti-CD73 antibody, CPI-006. According to sources, the initial clinical data from the dose escalation study specified a trend toward enhanced disease control with higher doses of CPI-006, and improved disease control with CPI-006 in conjunction with ciforadenant (CPI-444) associated with monotherapy, in patients with advanced refractory cancer. Speaking on the trial, Richard A. Miller, M.D., Co-Founder, President & CEO, Corvus, said that the company has chosen CPI-006 as it holds some unique properties. He said that the data specifies binding of CPI-006 to CD73 induced activation of numerous immune cells, which is independent of adenosine. Miller claims that their firm now owns two agents, namely ciforadenant and CPI-006, that target diverse components of the adenosine pathway, with the CPI-006 having the potential to stimulate immune responses. Adding further he said that the initial results from the CPI-006 Phase 1/1b study showed biologic activity even at administered lowest doses, a trend toward extended disease control with higher doses, and improvement when used in combination with ciforadenant. For the record, the CPI-006 Phase 1/1b study is currently signing up patients with a variety of cancers that have failed prior therapies. It is designed to choose the dose and find the safety, immune biomarkers, pharmacokinetics, and efficacy of CPI-006 as a single agent as well as in combination with ciforadenant (CPI-444), a potent and selective inhibitor of the adenosine A2A receptor, and with an anti-PD-1 antibody, pembrolizumab. Commenting on the move, Jason J. Luke, M.D., Director of the Cancer Immunotherapeutics Center, UPMC Hillman Cancer Center, and principal investigator of the trial said that these initial Phase 1/1b study results highlight a new approach to immunotherapy, with signs of tumor control and regression taking place in patients with advanced cancers who are resilient to current therapy. Source Credit: https://corvuspharma.gcs-web.com/news-releases/news-release-details/corvus-pharmaceuticals-presents-initial-cpi-006-phase-11b https://www.globenewswire.com/news-release/2019/06/02/1862921/0/en/Corvus-Pharmaceuticals-Presents-Initial-CPI-006-Phase-1-1b-Clinical-Data-at-2019-ASCO-Annual-Meeting.html