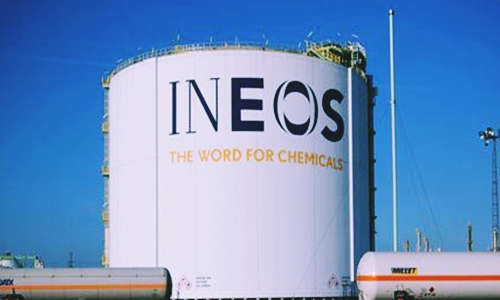 The facility will use propane and ethane for producing the petrochemical building blocks needed to manufacture most plastics. Reports confirm that petrochemicals company Ineos has selected Belgium as the site for its largest ever investment of £2.7 billion (€3 billion) to establish a gas-fueled chemical facility. To be built in Antwerp, the plant would apparently mark Europe’s biggest chemical plant investment in nearly 20 years, only months after several of Ineos’ top executives left the U.K. According to the reports, the giant mega-facility would be using propane and ethane for producing the petrochemical building blocks needed to manufacture most plastics. Together, the propane dehydrogenation unit (PDH) and the ethane gas cracker would propel the giant plant as the largest of its kind in in the European region for more than a generation, said Sir Jim Ratcliffe, the billionaire industrialist who owns the company. The new industrial complex will supposedly be situated near the existing chemical facilities of Ineos and would be connected to its fossil fuel feedstock producing sites by pipeline, claims a report by Energy Global. Sir Jim, who founded Ineos in late nineties, believes this investment could reverse years of decline experienced by the sector. Citing experts familiar with the matter, competition between Ineos and major oil firms seems to be increasing, as oil companies are now returning to the sector. Their rekindled interest can be attributed to the rising demand for chemical building blocks, aligned with the global consumption of plastic-based consumer goods, experts point out. The International Energy Agency estimates that over the next ten years, petrochemicals would account for more than one third of the growth in demand for oil and nearly half by 2050. Stephen Zinger, who is a chemicals specialist at Wood Mackenzie, stated that the rise of petrochemicals could counter the move away from diesel, petrol and shipping fuels. Due to this, several oil firms are focusing on chemicals as a key target area to achieve future growth, he added.