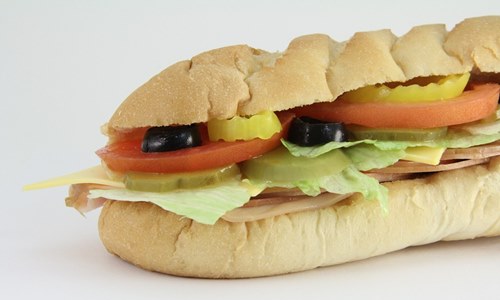 Subway will be joining in the trend to deliver meatless protein through its sandwiches Subway Restaurants recently announced that it will be testing Beyond Meat’s Meatball Marinara subs in 685 of its stores located in the U.S. and Canada. Len Van Popering, Chief Brand and Innovation Officer of Subway, said that the food chain appeals to a number of fans because the company offers something for all. The guests want to indulge in new tastes and like what they eat. With the launch of Beyond meatball marinara sub, the customers will experience the best of both the worlds. The company is also looking forward to debuting a co-developed product that would not be seen somewhere because it will be just made for subway, Van Popering added. Apparently, Beyond Meat has dramatically been expanding restaurant partnerships. The brand has partnerships with Dunkin, TGI Fridays, Del Taco, Tim Hortons and Carl’s Jr. NPD report showed that around 70% of people who eat meat replaced it with non-meat protein once in a week. According to Subway, the company’s customers would be given 2 billion potential options of sandwiches. Ethan Brown, CEO of Beyond Meat said that the company is grateful for having been trusted as Subway’s innovation partner for delivering plant-based proteins to their customers. The company is also looking forward to continuing a long-term partnership with Subway as they together serve customers. According to reports, Beyond Meat’s share completed its trading session of Tuesday at $161.24 with its pre-market trading 4% higher after the announcement was made. Beyond meat has been attracting a number of investors investing in its stock following the company’s public debut earlier in May, when its price was $25 per share. The shares of the company have jumped up by 545 percent from the time of its IPO, sources informed. Beyond meat said that it is expecting to gain profits by the year end. Recently, the company said that it has been planning to develop even more meatless options that also includes ground beef.   Source Credit- https://finance.yahoo.com/news/subway-is-testing-beyond-meat-sandwiches-114548169.html