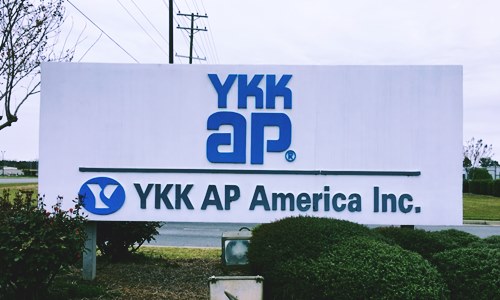 YKK AP America Inc. (YKK AP), a residential windows & doors and commercial facade systems manufacturer, has reportedly announced that it has inaugurated a brand-new manufacturing plant in Cincinnati, Ohio. Reports cite, the manufacturing facility, which would be dedicated to logistics, distribution and production, would be responsible for enhancing the company’s customer service capabilities across the Midwest region. According to a press release by YKK AP America, the new manufacturing plant facilitates a 100,000 sq. feet of space that has been specifically designed to boost the company’s local production capabilities and allow the company to have more finished goods in its inventory. The plant would be serving as a crucial U.S. distribution center for YKK AP’s customers that are serviced from the Cincinnati & Chicago branches. The new facility would be greatly contributing to the growth of local economy and would be generating over 30 new jobs in the operations and manufacturing unit over the upcoming three years. The facility would reportedly be managed by company veteran, Thomas Belmont who would be appointed to lead a dedicated operations personnel team. The Cincinnati branch, which now would be collocated at the plant would continue to focus upon estimating, customer service & other support services. Meanwhile, Glenn Smith would be remaining on as general manager of the area and would be responsible for both the Chicago & Cincinnati branches. YKK APs dedicated team along with Smith and Belmont would be working together to facilitate industry-leading services to better support the client’s needs across the Midwest region. The President of YKK AP America Inc., Oliver Stepe stated that the facility would enable the firm to better serve customers across the Midwest by providing them commercial facade systems closer to home. According to reports, the financial details related to the matter have not been unveiled by the company yet.