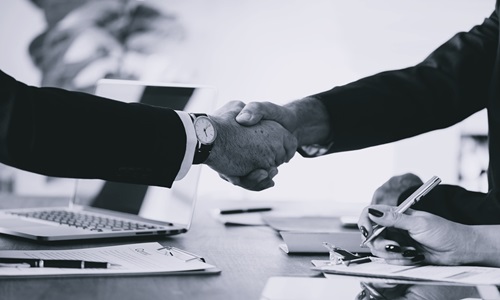 Amazon, the U.S. based e-commerce giant, and UK based a supermarket chain, Wm Morrison Supermarkets plc, commonly called Morrisons, reportedly announce the extension of their food tie-up across the United Kingdom. The collaboration between these two big companies enables customers to place shopping orders at the smallest of the UK’s big four group of supermarket chains and get it delivered to their door by Amazon. Amazon, periodically being mooted as a probable bidder for the supermarket company, it is gradually expanding its food service across Britain, but reports estimate the current market share of company to be less than 1%. Morrisons stated that the new agreement with Amazon was for a specific number of years instead of continuing basis, and the firm would be exploring new opportunities for innovation and enhancement of the customer’s shopping experience. Morrisons currently holds a 10.1% market stake and the company trails market leading companies Tesco, Walmart’s Asda and Sainsbury’s in annual sales. Morrisons first collaborated with Amazon under a wholesale supply deal earlier in 2016, which has experienced a growth it its scope since. Earlier in June, both companies agreed on “Morrisons store on Prime Now” service expansion to a greater number of cities in Britain, including Newcastle and Glasgow. Amazon’s UK country manager, Doug Gurr stated that company’s relationship with Morrisons plays a key role in its grocery growth plan across UK. Customers can already place online order for anything from Morrisons shop, which would then be picked up at any local Morrisons store nearest to the order given, and Amazon would deliver it to the customer’s doorstep. Financial details associated to the extension of the agreement have not been unveiled yet. Source credit: https://in.reuters.com/article/morrisons-results/amazon-extends-food-tie-up-with-british-supermarket-morrisons-idINKCN1VX20W