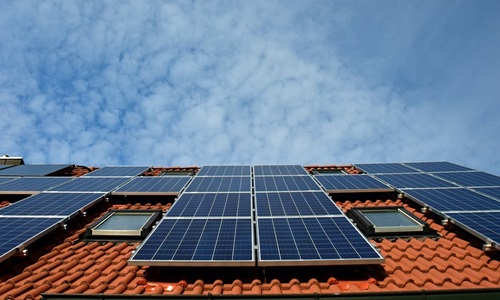 Azure Power Global Limited, the leading Indian solar power company, has reportedly commissioned a 150-MW (megawatt) solar power project in Rajasthan at Bhadla solar park. With the commissioning of this project, Azure Power will now have 1,600 MW of high quality operational solar assets that span 24 Indian states. These assets also include a solar rooftop portfolio of around 200 MW. Sources familiar with the matter claim that Azure can now boast of having the highest rated, large-scale (1) solar operational range in India. The company is also recognized for holding the most diversified solar portfolio in India’s highest radiation zones. Elaborating on the same, Mr. Inderpreet Wadhwa, the Chairman, Founder & Chief Executive Officer, Azure Power, was quoted saying that with this move, the company has grabbed the tag of having the highest rated, diverse solar operating portfolio in the nation, a feat that can be aptly attributed to the firm’s strong project development, engineering, & execution capabilities. The company is delighted to contribute toward the Indian PM’s commitment of clean and green energy via solar power generation, Wadhwa adds. The current project is apparently the initial phase of the 200 MWs apportioned to Azure Power by SECI (Solar Energy Corporation of India) – an Indian government enterprise and a company with ICRA’s (Investment Information & Credit Rating Agency) AA+ debt rating. Azure Power is anticipated to supply power to the SECI at a tariff of about INR 2.48/ kWh, for up to 25 years. Azure Power, for the record, holds a robust portfolio in Rajasthan, with big entities such as NTPC (National Thermal Power Corporation Limited) and SECI, having respective debt ratings of AAA & AA+ from ICRA. The company had been responsible for SECI’s first solar power plant back in 2015 in Rajasthan, which emerged to be the largest project under India’s National Solar Mission. Source Credits: https://www.business-standard.com/article/pti-stories/azure-power-commissions-150-mw-seci-solar-power-project-119042900466_1.html https://energy.economictimes.indiatimes.com/news/renewable/azure-power-commissions-150-mw-solar-project-in-rajasthan/69099360