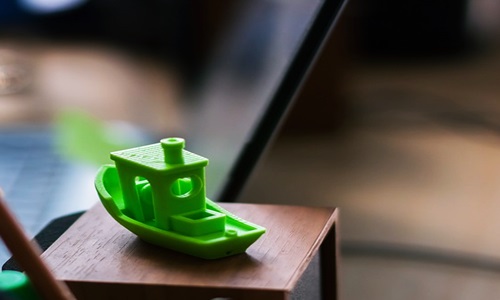 The additive manufacturing subsidiary of BASF, a Germany-based chemical company, has recently launched Ultrafuse 316L, its metal-polymer 3D printing filament, cite sources. For the record, the 3D printing filament was introduced in 2018 by the company as an enabler of cost-efficient production of full metal prototypes, end-use parts and tooling, using any extrusion-based 3D printer. Parts can be printed on a suitable printer in a manner similar to that of a standard plastic extrusion process to produce a green part. The part is then passed through sintering and de-bending process to remove the binder to produce a solid 316L stainless steel product. The filament can be used with both direct drive extruders and Bowden and can be guided via complex filament transport systems. As per sources close to the matter, approximately 90% of Ultrafuse 316L constituents consists of metal content, which is a mix of polymer particles that acts as a binder. The company claims that the presence of high metal content along with binder matrix in the Ultrafuse, reduces the risk of defects. Additionally, the immobilization of metal particles in a filament leads to reduced formation of hazards compared to processes that are based on metal powder, such as direct metal laser sintering or SLM (selective laser melting). Paul Heiden, Senior V.P. Product Management, Ultimaker (desktop 3D printing leader) was reportedly quoted saying that 3D printing professionals across the globe can use the fused filament fabrication (FFF) technology for producing functional metal parts in order to reduce time and costs, as compared to traditional methods. François Minec, M.D. of BASF 3D Printing Solutions, further elaborated on the material quality, saying that Ultrafuse 316L can be processed on any conventional and open-material fused filament fabrication printer, under any conditions. He added that the aim was to develop a high-quality metal filament that enables easier, cheaper, faster making of additive manufacturing of metal parts, that are readily accessible. Source credits: https://www.tctmagazine.com/3d-printing-news/basf-ultrafuse-316l-metal-3d-printing-filament/