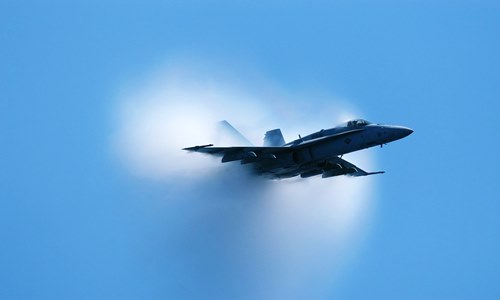 The company will speed up engineering and manufacturing to reach its goal faster by having the components printed on site instead of buying them from a supplier Stratasys, an Israel based 3D printer manufacturing company, recently announced that it has extended its partnerships with Boom Supersonic, a Colorado based startup on its way to build history’s fastest supersonic airliner. The companies intend to speed up the deployment of additive manufacturing for 3D printed flight hardware through an agreement for a seven-year extension. Reportedly, Boom Supersonic is using the Stratasys F900 3D Printer coupled with Aircraft Interior Solutions (AIS) package to develop hundreds of 3D printed parts for XB-1, company’s supersonic demonstrator aircraft. The goal of the AIS package is to help enable repeatable development of aircraft production parts and to improve mechanical properties. Head of XB-1 production at Supersonic Boom, Mike Jagemann said that the company will be able to increase its speed from engineering to manufacturing and prioritize building the aircraft while fulfilling their goals by having the critical components printed on site instead of buying them from a supplier. During the initial years of their partnership, the companies printed over 200 parts for prototypes, test benches and tooling by using Stratasys’ Fortus 450 mc and  F370 3D Printers that saved hundreds of hours of work time, thus enabling fast iteration of designed cycle. Being a global leader in 3D printed aerospace applications, Stratasys is an ideal partner for Boom, Jagemann added. Apparently, the new agreement is specifically designed to integrate FDM 3D print technology into production of XB-1 flight parts, and gradually for Overture, the proposed March2.2 commercial airliner. Stratasys AIS package will be significant in building the aircraft that is expected to fly over 2 times the speed of sound or above 1,500 miles per hour by providing more streamlined and a faster approach to qualify additive manufactured parts in the installation of the aircraft. The AIS package offers necessary training and documentation for aerospace manufacturers in order to guide complex process for qualification. Source Credit- https://www.businesswire.com/news/home/20190616005030/en/Boom-Supersonic-Signs-Seven-Year-Partnership-Extension-Stratasys