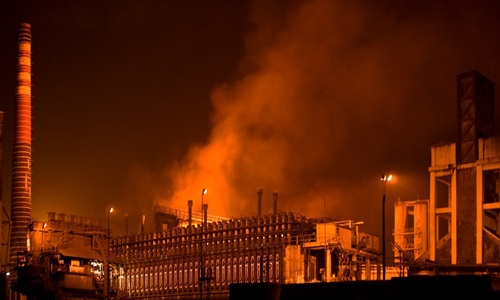 The chairman of Benxi Steel recently confirmed in a statement that the Chinese group would not be merging with Ansteel Group, which is a regional rival. Apparently, this statement has put to rest a long-running talk of a potential merger between the two companies based in Liaoning province. It is reported that both the steel groups were in talks since 2005 for a possible merger as a part of efforts from Liaoning to de-leverage and mainstream its heavy industry. Chairman of Benxi Steel, Chen Jizhuang, said that the company has completely stopped discussions about a merger with Ansteel. In September, Benxi Steel had allegedly initiated reforms on a mixed ownership structure, that would enable the firm to attract private capital and retain control over the firm at the same time. Chen stated at the parliament congress that, through the reform, the company could lower its debt by 10 per cent along with reducing its financial cost by 2 billion yuan ($298 million). Further from the reports, both the firms are specialized in plate-making, mostly in galvanized steel sheet and cold-rolled coil used in the automobile industry. The Hongkong-listed subsidiary of Benxi Steel, Bengang Steel Plates, had reported 1.6 billion yuan in net profit in 2017, which was 105 percent up from 2016. Shagang Group, the top private-owned steel firm in China bought indebted Dongbei Special Steel Group last year, located in the Liaoning province. Separately, privately owned firm Jianglong Group had acquired Xilin Steel Corp. in the northernmost part of Heilongjiang province. Sources familiar with the matter commented that these moves consolidated steelmakers in northeast, which include Heilongjiang, Jilin and Liaoning, shifting the control of all big steel firms with an annual capacity of over 2 million tons in the hands of less than 10 owners. China has said that the nation would continue pushing for industrial consolidation and mergers in 2019, aiming to put 60 percent of the national steel capacity in control of the top 10 producers by the year 2020, sources further mentioned.