Home
Energy and power
EU imports more LNG from U.S. than Russia for the first time in history 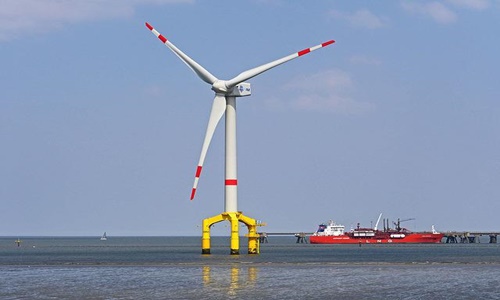 The EU has reportedly imported more LNG (liquefied natural gas) from the United States than Russia for the first time in history in June 2022, according to the International Energy Agency (IEA).

The move was primarily attributed to a sharp decline in the imports of Russian gas. It came at a time when the Union is witnessing a severe energy crisis and surging inflation owing to the extensive sanctions imposed against Russia.

The European Union’s decision to phase out Russian energy supplies has benefitted the U.S. gas exports and it could be a long-lasting struggle that needs great endurance and strong will. To date, the 27-member state union has heavily relied on Russian gas imports for generating electricity, hoe heating among other applications.

Russia exported close to 150 billion cubic meters of natural gas per year to Europe through pipelines, with LNG exports of up to 14 billion to 18 billion cubic meters. Last year, Russian gas exports to the Union accounted for over 40% of their overall gas imports.

After Russia started its invasion of Ukraine, the EU agreed to purchase a further 15 billion cubic meters of American LNG in March 2022 to phase out Russia-sourced gas and intended to replace one-third of Russian gas with LNG from a variety of sources.

Although the United States is forecasted to become the biggest LNG exporter in the world this year, the U.S.-sourced LNG cannot fulfill the short-term supply gap from Russian pipeline gas.

One of the primary reasons is the unavailability of infrastructure for importing high-volume LNG in Europe and the time needed to construct these plants.

Furthermore, European nations have been exploring alternative energy sources over the past decades by developing renewable energy. However, given the position of gas and oil as the most crucial energy source, it may be unrealistic for Europe to shit completely from fossil fuels to renewable energy in several years.