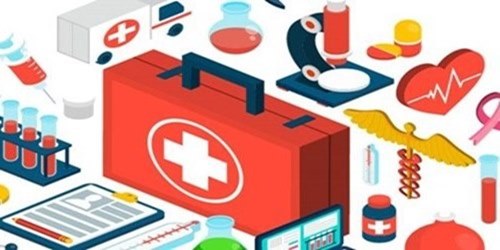 Agile Therapeutics, Inc., a New Jersey based pharmaceutical company that is focused at women’s healthcare, has reportedly announced that the United States Food and Drug Administration has extended its PDUFA (Prescription Drug User Fee Act) target date to review the company’s New Drug Application (NDA) for Twirla transdermal system. The review date has been extended from the initial 16 November 2019 to 16 February 2020. In October of 2019, the FDA Bone, Reproductive, and Urologic Drugs Advisory Committee (BRUDAC) had held a meeting to discuss the risks and benefits of Twirla, Agile’s combined hormonal investigational contraceptive patch. The committee had voted a favorable 14 to 1, with an abstention, signifying that the benefits offered by the contraceptive patch for pregnancy prevention outweighed its risks. This favorable vote further supports the product’s approval. However, while the FDA takes into consideration the BRUDAC panel’s non-binding recommendation, the final decision regarding the product’s approval is taken by the FDA alone. At FDA’s request, following the BRUDAC Twirla assessment meeting, Agile provided additional information for its New Drug Application. This information was primarily related to the topics that were discussed during the BRUDAC meeting. After the company submitted the requested information, the FDA determined that the new data makes for a significant amendment in the NDA filed by Agile earlier. This prompted the administration to call for some additional time for the review. As per the current FDA PDUFA Performance Goals, a decision to extend the review period is typically limited to scenarios where review of new data could acknowledge an outstanding problem which can potentially result in approval under the present review cycle. The Chairman and Chief Executive Officer of Agile Pharmaceuticals, Al Altomari stated that the company looks forward to continuing its discussions with the government body. Altomari further added that Agile remains committed to introducing this combined hormonal contraceptive patch in the country’s market. Source credit: https://ir.agiletherapeutics.com/news-releases/news-release-details/agile-therapeutics-announces-fda-extension-twirlar-nda-review