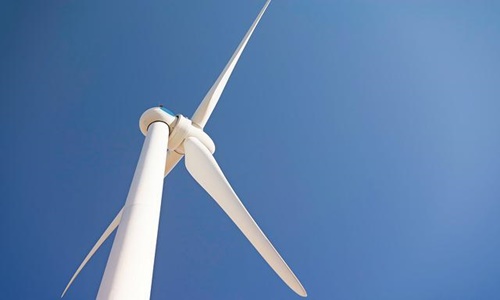 American multinational giant, GE (General Electric) has reportedly launched a new research facility with the primary goal of leveraging 3D printing technology to make the bases of massive wind turbine towers. With this move, the company is hoping to cut down industry costs amidst increasing sizes of turbines.

As per GE Renewable Energy’s announcement last week, the research will allow on-site use of technology to 3D print the bottom part of wind turbine towers at wind farms, ultimately reducing transportation costs.

With a multi-year partnership announced back in 2020, the new facility housed in Bergen, New York acts as the core of the collaboration with cement giant Holcim and 3D printing expert Cobod.

GE has claimed that the printer at Bergen facility is as big as that of a three-story building with capabilities like printing tower sections almost 20 meters tall.

Henrick Lund-Nielsen, Founder and General Manager of Cobod has confirmed that the size of the printer makes it the largest of its kind in the world and is capable of printing more than 10 tons of real concrete per hour.

GE also received backing from the U.S. Department of Energy in the form of a grant to boost research at the site – currently housing a 20-strong team working on optimization of technology – supporting GE’s five-year roadmap to demonstrate first applications in the field.

Notably, the research initiative in New York caters to just one scenario representing the need of companies that fall under the umbrella of wind energy sector for innovative means of developing turbines.

Other companies like the Sweden-based Modvion are using laminated wood for the development of wind turbine towers, after the firm announced in April 2020 the installation of a 30-meter tower on an island near Gothenburg.