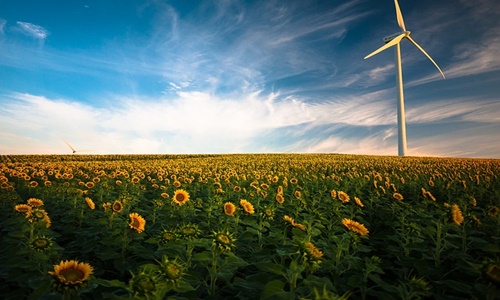 According to a survey conducted by Britain-based law firm Ashurst, executives at companies in around 20 significant economies perceive that the Ukraine conflict has resulted in driving the momentum of the transition to cleaner energy instead of slowing it down.

The results alleviate concerns that restrictions on Russian natural gas enacted in response to what Moscow calls a special operation in Ukraine, are increasing demand for coal to produce heat and electricity, while discouraging investment in wind and solar energy.

In a report released recently, Ashurst stated that the requirement for ensuring greater energy security further evidences that a crisis like this will result in a quicker energy transition and not a slowdown.

Over 75% of the 1,999 senior executives surveyed across G20 (Group of 20) countries predicted that the Ukraine conflict will speed up the energy transition in their country. In comparison, 12% anticipate that it will lead to a slowdown.

According to the survey, banks and companies were driving investments in renewable power, especially in countries like India, Brazil, and China. However, the government funding dropped to 4th place compared to the top spot last year.

The trend is further expected to shift, with survey respondents stating that they anticipated funds to be the leading new investors in renewable power in the country in the forthcoming five years, especially in the Asia-Pacific region.

However, as per infrastructure investor Quinbrook, renewable energy investments are expected to slow down in Australia in the upcoming two years as unforeseen energy prices intimidate returns as well as equipment shortages delay projects.

In a briefing, Quinbrook Infrastructure Partners co-founder, David Scaysbrook recently stated that the coming year would be lean on investment numbers, regardless of all the headline activity going around.

For the record, between June 22 and July 7, Ashurst conducted its third survey of senior executives involved in energy decision-making at state-owned enterprises, publicly traded companies, and private businesses throughout the G20 countries.