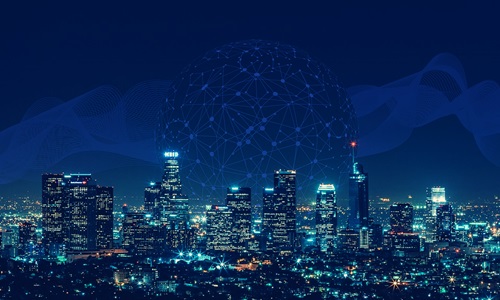 The French manufacturing company, following this acquisition, could become the European leader in Smart City technology. LACROIX Group, an international technological equipment supplier, has reportedly acquired Belgian smart lighting manufacturer SmartNodes, a small start-up founded on inter-university research that has bagged several international awards for its innovations in Smart Lighting systems. According to reports, the acquisition would reinforce the European position of LACROIX Group in the Smart Cities market, bolstering its mission to create intelligent management of street lighting infrastructure. With the inclusion of SmartNodes, the group will also develop its portfolio with dynamic products while building its highly skilled engineering teams. Reportedly, the company aims to accelerate its capability to employ new road-management use cases by combining street lighting infrastructure with dynamic technology. Smart Lighting regulates the intensity, times and zones of lighting for eco-friendly cities while maintaining safety and visual attractiveness. Sources claim that the street lighting network is accessible in all public places and, when combined with new sensors, plays a crucial part in the development of Smart City networks. Moreover, LACROIX Group, which has a significant presence in Germany, Italy and Spain, is expanding its European footprint with the take-over of SmartNodes. Additionally, after covering the Netherlands and Belgium, the company now focuses its target in the DACH countries (Austria, Switzerland and Germany), Northern Europe and France. Speaking on the move, Jean Beka, CEO, SmartNodes, said that the company has managed to market and develop a variety of communication and detection (IoT) products based on the implementation of an edge-computing system and low-bandwidth mesh network outside Belgium. He added that the lighting company can rely on a highly skilled team of sales representatives and engineers dedicated in innovating unique solution to meet the challenges of the cites of tomorrow. As for Vincent Bedouin, Chairman and CEO, LACROIX Group, the addition of SmartNodes, following the acquisition of Sogexi in 2016, further cements the company’s position as the European leaders in the smart street lighting management sector. Source Credit: https://www.globenewswire.com/news-release/2019/08/29/1908188/0/en/LACROIX-Group-positions-itself-as-European-leader-in-Smart-City-technology-with-the-acquisition-of-Belgian-company-Smartnodes.html