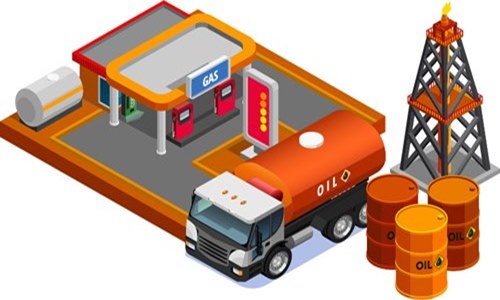 ONGC has successfully produced over 24.23 million tons of crude oil in 2018-19 FY and about 25.81 billion cubic meters of natural gas from its fields. Delhi headquartered Oil and Natural Gas Corporation (ONGC) has reportedly announced an aim to augment the oil and gas output from its inland and external fields and develop its refining capacity three-folds along with the diversification into renewables in a new Energy Strategy 2040. ONGC Energy Strategy foresees the organization as an enhanced energy company with a strong commitment from the non-E&P businesses, triple incomes and over 5 to 6 folds market capitalization. Apparently, the firm has successfully produced over 24.23 million tons of crude oil in the 2018-19 FY year and about 25.81 bcm of natural gas from its inland fields. Additionally, over 10.1 mn tons of oil and 4.73 bcm of natural gas were produced from its international assets. As per trusted sources, the company reported a revenue of Rs 109,654 crore and a net profit of Rs 26,715 crore in the FY year ending on March 2019. Off late, it had earned a market capitalization of Rs 164,458 crore. The Energy Strategy 2040 claims that it focuses on a future-ready organization with the growth predicted on the merger of the domestic and international business, expansion in the oil and gas supply chain, and expansion into renewables. It is said to target the growing output, almost increasing the current levels with 2% and 5% CAGR in inland and international operations respectively. It has been claimed that with over two 35 million tons of oil refining capacity consigned annually in HPCL and MRPL, the organization is targeting to raise this capacity to around 90-100 million tons. Moreover, it also prioritizes the expansion in petrochemicals. Source credit: https://www.moneycontrol.com/news/business/companies/ongc-adopts-new-energy-strategy-2040-targets-doubling-of-oil-gas-production-4345321.html