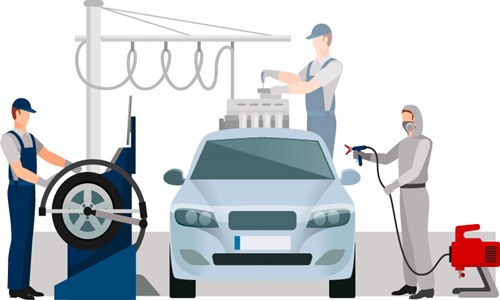 The Indian automobile industry is estimated to take a leap towards adopting eco-friendly and green vehicle fuel alternatives in the future. The country owns one of the largest automobile markets in the world, with carmakers actively focusing on enhancing their business reach via implementing new strategies. Recently, Japanese auto giant Toyota Motor Corporation revealed its plans to leverage the CNG technology of Suzuki Motor Corporation to enhance manufacturing of its automobile segments that could run on cleaner fuel alternatives like CNG. According to sources, the advent of BS-VI engines and lower sales of small diesel vehicles has led Toyota to make plans to launch CNG vehicles in India. Currently, Suzuki sells CNG powered vehicles in India, a factor that could act as the basis for the discussion between the two parties in the coming years. Moreover, the cost of CNC engines that are installed on automobiles in the aftermarket is considerably low than the factory fitted CNC automobiles. Though Toyota already has CNG enabled automobiles in Japan, the company hopes to decrease the cost of manufacturing by sourcing CNG-driven variants from Maruti Suzuki in India. Reportedly, Maruti Suzuki, the Indian subsidiary of Suzuki, has already announced its plans to convert all its small automobiles to run on CNG fuel. According to R C Bhargava, Chairman, Maruti, the Government has acknowledged that CNG is a cleaner fuel and is allowed for transportation. Moreover, the company is setting up around 10,000 CNG supply outlets, while consumers are actively accepting CNG vehicles. As per a TKM (Toyota Kirloskar Motor) spokesperson, Toyota and Suzuki are bringing together their Toyota’s strength in electrification technology and Suzuki’s tech expertise in compact vehicles. In addition to this, the two firms are trying to grow the trend of electric vehicles to attain a viable mobile society that ensures fair and free competition. Source Credit – https://economictimes.indiatimes.com/industry/auto/auto-news/toyota-may-tap-suzuki-links-to-roll-out-cng-cars/articleshow/71884051.cms