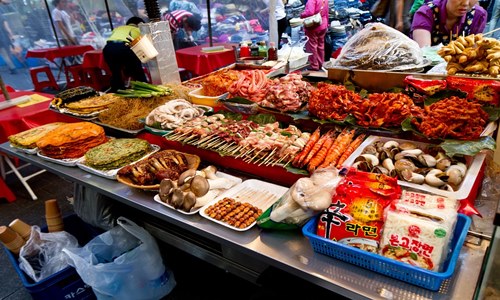 Tortilla chips have recently begun to compete with conventional potato chips as the go to snack option, consumers enjoy these chips as munchies during a movie or a sports event. Some brands even have an aggressive loyal fanbase. To capitalize on the snack’s growing market potential and to fulfill fanbase demands, manufacturers are constantly bringing out new flavor line ups and offerings. Taco Bell, the renowned fast food brand, has also adopted the same strategy by announcing the launch of a new chip flavored with Carolina Reaper pepper, which is more prominently known as one of the hottest peppers in the world. The new line up would meet the requirement of those people who crave for a spicy addition to their diet. As per reports, Reaper Ranch Tortilla Chips will be the new addition in the firm’s line of retail tortilla chips. The brand offers various flavors Mild, Classic, Diablo and Fire in this line up, but the Reaper Ranch is said to be the spiciest of them all. Speaking on the recent developments, Jennifer Arnoldt, Senior Director of Retail Engagement and Experience, Taco Bell, stated that the Reaper Ranch Tortilla Chips is something more than what meets the eye, the new offering has the potential to attract those consumers who prefer a spicy appetite, further consolidating its fanbase through its new flavor profile. Sources cite that the new chip is a step up in terms of spice from its predecessor, Diablo, which was introduced in October 2018. Marisa Thalberg, Chief Global Brand Officer, Taco Bell, commented that the brand’s iconic Diablo sauce packets were the real inspiration for the company, influencing it to come up with new ways to retail its rich range of products. The company claims that people thought it could not create a chip that is spicier than the Diablo, but Reaper Ranch would successfully shut these claims down. The Diablo Tortilla Chips also drew its inspiration from the same vision, letting it serve its hottest chip that is completely different from others. The limited-edition Reaper Ranch flavor will be made available at major retail chains, including Walmart and 7-Eleven.   Source Credit: https://nypost.com/2019/09/24/taco-bell-debuts-tortilla-chips-made-from-one-of-worlds-hottest-peppers/