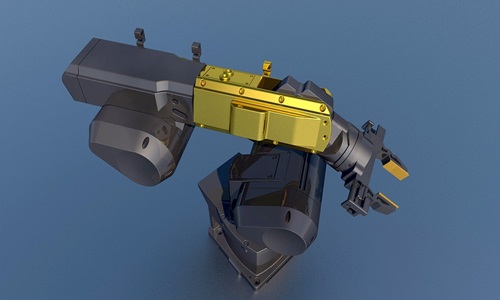 Zhejiang Wahaha Intelligent Robotics Company has been registered with the capital of RMB 40 million (around $6 million)  China’s largest manufacturing company Wahaha is planning to step into robotics business. The firm has set up a smart manufacturing company which is under direct supervision of billionaire businessman Zong Qinghou, who is the founder of the Hangzhou Wahaha Group. According to Qichacha, the company has officially set up Zhejiang Wahaha Intelligent Robot Co. , Ltd. in Xiaoshan Economic and Technological Development Zone, Xiaoshan District, Hangzhou City, Zhejiang Province. The newly formed company will mainly engage in the design, production and sales of intelligent robotics and technology consulting services. Zhejiang Wahaha Intelligent Robotics Company has been registered with a capital of RMB 40 million (around $6 million). Wahaha owns 65% shares of the company with Zong appointed as its acting as chairman. Zong reportedly said that people have been less interested in doing routine work manually, and manpower should not be involved in dangerous jobs. Zong also added that it is hard to reduce costs in the production of robotics for Chinese companies. For the record, Wahaha, founded in 1987 by Zong in Hangzhou, is one of the major foods and beverage manufacturers in the country. The company has 30,000 employees and more than 80 production bases around the country. It has more than 100 products including probiotic drinks, packaged drinking water and beer in the Chinese consumer market. Reportedly, the core business of the privately held beverage has declined significantly over the past five years. The sales revenue has declined from RMB 78.3 billion in 2013 to RMB 46.4 billion in 2017, which is almost half of the earnings in 2013. Zong believes that for intelligent robotics, knowledge in core technologies is more important than processing and manufacturing machine bodies. Germany is very skilled in this field and for core parts, Chinese companies depend on imports.