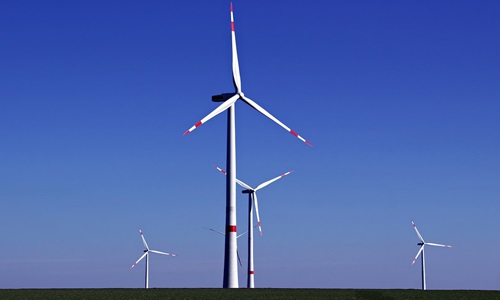 After completion of these projects they would be combined with previous nine renewable energy projects of AWS Amazon.com has recently announced three new wind energy projects, which include one in Ireland, another in Sweden and third one in the U.S. These projects are a part of Amazon’s long-term goal to power all AWS Amazon Web Services infrastructure with renewable energy worldwide. Seemingly, these projects deliver wind produced energy with a total capacity of more than 229 MW power, with an expected yearly production of more than 670,000 MWh renewable energy. Citing reliable sources, after completion of these projects they would be combined with previous 9 renewable energy projects of AWS and are anticipated to generate over 2.7 million MWh of renewable energy annually. This is equivalent to the yearly electricity consumption of more than 2,62,000 U.S. homes. Amazon will purchase the energy from a new wind project of 91.2 MW capacity in Donegal, Ireland which is expected to bring up clean energy by 2021 end. In addition, the company will also buy 91 MW of power from a new wind project in Bäckhammar, Sweden, expected to start producing renewable energy by the end of 2020. According to vice president of global infrastructure and customer support at AWS, Peter DeSantis stated that each of these projects brings the company closer to its long-term commitment to use 100% renewable energy to power company’s global AWS infrastructure, which surpassed half of the renewable energy for its worldwide infrastructure in 2018. Apparently, a wind power project situated in Tehachapi Mountains of California is expected to deliver around 47 MW of new renewable energy capacity by the end of 2020. Amazon has also announced recently the Shipment Zero initiative, which is its objective to convert all Amazon shipments to net-zero-carbon emissions, with 50% of all its shipments to be net-zero emissions by 2030. In total, Amazon has enabled 53 solar and wind projects globally which produce more than 1,016 MW and are expected to deliver more than 3,075,636 million MWh of energy per year, sources added.