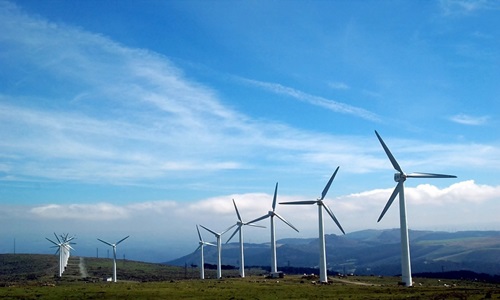 Increasing concerns over environmental pollution, global warming, and energy security have highlighted the importance of developing renewable energy sources across the world. Wind energy has the potential to provide suitable solutions to address global climate change and the energy crisis. Speculating potential growth opportunities, many investors worldwide are now pouring in funds in renewable power generation projects. A similar instance occurred recently when BHE Canada, a subsidiary of American investment guru Warren Buffetts Berkshire Hathaway Energy, has reportedly announced that it will build a $200 million wind power farm in southeastern Alberta next year. According to BHE Canada, the Rattlesnake Ridge Wind project will be situated at the southwest of Medicine Hat and would generate energy that could fulfill the power needs of around 79,000 homes. Bill Christensen, Vice-President of Corporate Development for BHE Canada, stated that technology has played a vital role in the wind sector of Alberta. The company’s ability to identify good power customers has offered an opportunity to invest in Alberta. Moreover, the anonymous large Canadian corporate partner has inked power purchase agreement for most of the Rattlesnake Ridge energy output, he added. Reports cite that the project is being developed under the management of U.K-based Renewable Energy Systems (RES). The company is also building two other projects in Alberta with a combined capacity of approx. 134.6 MW this year and has a total of 750 MW of renewable energy contracts installed or under development in Canada. Additionally, RES and BHE Canada are also searching for power purchase partners for Forty Mile Wind Farm in southeastern Alberta. In fact, with a capacity of 398.5 MW, the wind farm could become the largest wind power project in Canada. For a record, Alberta comprises one of the largest wind power sectors in Canada which generate around 1,500MW of energy from 900 turbines at 37 projects. The sector is expected to add about 1,300MW energy in the next two years. Source Credit: https://www.cbc.ca/news/canada/calgary/wind-farm-warren-buffett-alberta-berkshire-hathaway-calgary-1.5321345