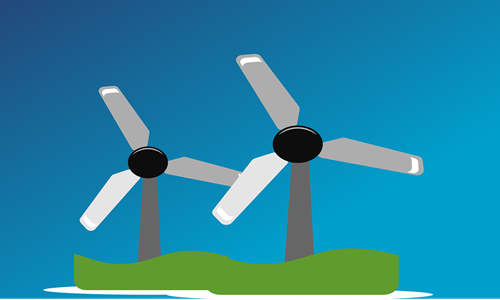 In a bid to tackle growing energy demands, Indian companies have started to invest heavily in new renewable energy projects. In fact, recently Solar Energy Corporation of India (SECI) invited bids from several wind power companies to create a 1,200 MW wind power projects connected to interstate transmission system under the ISTS scheme. Likewise, energy solution providers are also seen selling their assets to potential buyers. A similar instance occurred recently when Inox Wind Ltd., an Indian wind energy service provider, concluded the sale of its 50MW wind power project at Dayapar, Kutch in Gujarat to Adani Green Energy. Reportedly, the project was bagged by Inox from a recent wind project bid organized by SECI (Solar Energy Corporation of India), a company under the Ministry of New and Renewable Energy which was established to facilitate the implementation of the National Solar Mission. As per sources, the project’s 2 MW wind turbines have one of the highest swept areas which enables maximize returns in low wind regions. Moreover, the Kutch site would be slated as one of the largest wind farms in India, following execution of capacities won in different rounds of SECI and state auctions. In addition to this project, Inox Wind has also commissioned wind projects of 166 MW for Adani. As for the deal, it is expected to offer long-term maintenance and operations services to Adani. Incidentally, Inox Wind had prior initiated common power evacuation facilities at its Dayapar site in Bhuj, Gujarat. The common power evacuation facility includes a 220 KV double circuit transmission line, associated infrastructure and a 220 KV sub-station. Also, it is proficient enough for supporting power evacuation of more than 600MW. Apart from this, Inox Wind also owns over 1,400 MW of under-development and developed projects in Gujarat and over 2.6 Giga Watt installations all across India. Source Credit: https://www.moneycontrol.com/news/business/inox-wind-closes-deal-to-sell-50-mw-wind-project-to-adani-green-energy-4540091.html