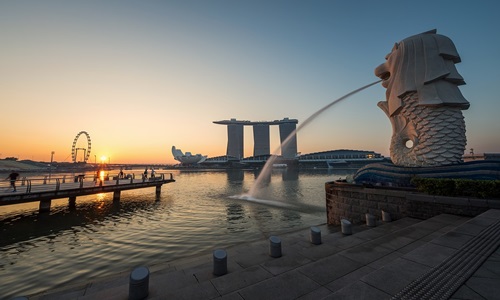 Singapores Keppel Corporation recently announced that Keppel Bay Tower is on its way to become the region’s first commercial building that would solely be powered by renewable energy. For the record, Keppel Bay Tower is owned and operated by the conglomerate’s property arm Keppel Land. According to reliable sources, the 18-storey tower would install nearly 400 sq. m of solar panels on its six-story podium block and its roof. The project is expected to become operational by Q1 of 2020 and is anticipated to generate nearly 100,000 kWh of energy every year. Reportedly, Keppel Land would purchase RECs (renewable energy certificates), tradable green energy credits, through its electricity retailer Keppel Electric. These certificates could further be utilized to capitalize on the energy generated through solar panels installed in Marines yards and Keppel Offshore in Singapore. Estimates say that purchased RECs and solar panels would reduce more than 2,400 tons of carbon emissions every year. Earlier in 2018, the Building and Construction Authority of Singapore (BCA) awarded Keppel Land an S$1.28 million grant to testbed emerging and new technologies to minimize the towers energy consumption and enhance its energy efficacy by 20% when compared to other Green Mark Platinum certified buildings by June 2020. Speaking on the move, Hugh Lim, chief executive officer, BCA, said that the organization hopes more industry players and building owners would be influenced to establish new standards for how they operate and construct buildings. Thereby, supporting the critical mission of mitigating climate change with the help of super low energy buildings. Sources cite that earlier in May, the tower had installed photo sensors and smart systems that would tweak lighting levels as per the number of people present. As for photosensors, it would help dim perimeter lighting whenever it detects enough daylight. Additionally, a clean-desk policy guaranteed that no instrument is left turned on overnight, while copiers have reliable printing characteristic to minimize paper wastage. Source Credit: https://www.businesstimes.com.sg/companies-markets/keppel-bay-tower-to-be-fully-powered-by-renewable-energy-from-2020