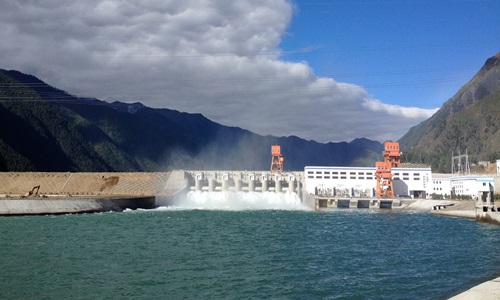 LUKOIL, a Russian multinational energy corporation, has reportedly completed the renovation of its major hydropower project; Belorechenskaya hydropower station. Modernization of the plant had begun in 2017 which involved the replacement of two generating units. After the reconstruction, the installed capacity of each unit increased from 16 MW  to 24 MW, boosting the total overall plant capacity up to 48 MW. According to the company, the renovation also increased the plant’s operation life by 40 years and enhanced its reliability and environmental safety. Sources cite that the project features innovative technologies like electric drive of the turbine wicket gate and brushless excitation of hydrogenator that allow efficient use of hydropotential. The company also launched integrated upgrade solutions at every auxiliary system of the station. According to sources, the station’s yearly net electricity supply rose by around 80% after the renovation and reach 260 million kWh. The renovation is expected to prevent emissions of approximately 130 thousand tons of CO2e a year. In the Russian market, the company claims to offer the best performance in terms of volume in hydropower generation. The station generates power based on diversion principle, utilizing the elevation difference between Pshish and Belaya rivers. The company has four hydropower plants in Russia with a total capacity of 291 MW, three solar power stations at the company’s refineries in Romania, Russia, and Bulgaria (total 20MW) and one Romania-based 84 MW wind farm. Reportedly, in 2018, Vagit Alekperov, President of LUKOIL and Andrey Bocharov, Governor of Volgograd took part in the launch of a solar power plant at LUKOIL’s refinery in Volgograd. This 10MW power plant project, developed at idle land lots of the Volgograd refinery, was said to generate 12 million kWh of power and reduce CO2 emissions yearly by around 10 thousand tons. Such clean energy power generation projects help LUKOIL to reduce environmental impact and promote business diversification. Source Link - https://www.eurasiareview.com/06022020-lukoil-completes-modernization-of-belorechenskaya-hydropower-station/