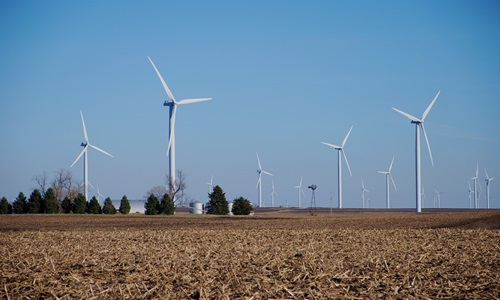 Global wind turbine industry is expected to witness a significant growth over the forthcoming years due to growing concerns about climate change as well as introduction of strict carbon emission regulations globally. Today, global energy companies are increasingly installing wind turbine across various onshore and offshore facilities throughout the world. SSE Renewables, a UK-based energy firm with operations across the UK as well as Ireland, reportedly announced that it has selected MHI Vestas, a Danish manufacturer, installer, seller and servicer of wind turbines, to supply and service turbines for Scotland’s latest and biggest offshore wind energy project, the Seagreen Offshore Wind Farm. SSE Renewables is the owner of Seagreen, which is located approximately 27 kilometers off the coast of Angus and has the capability to contribute more than $2.6bn (£2bn) to economy of the UK. The supply deal has been signed between MHI Vestas and Seagreen Wind Energy Limited. SSE Renewables is currently working on construction of the Seagreen Offshore Wind Farm, located off the Fife coast, which would be among the most important construction projects in Scotland till date. As per the agreement, MHI Vestas would supply 114 turbines to SSE Renewables and further offer service to the supplied products as well. The Seagreen wind farm would be the largest offshore wind farm of Scotland. The offshore wind site would facilitate approximately 5,000 GWh of renewable energy for about 1 million homes annually and would also save approximately two million tons of CO2 emissions annually. SSE has plans to build out this wind project to a capacity of 1.075 GW. CEO of MHI Vestas Offshore, Philippe Kavafyan stated that the company is proud sign a preferred supplier agreement with SSE to supply MHI Vestas’ proven wind turbine technology to the biggest offshore wind farm in Scotland. Kavafyan further added that Scotland is a prominent and emerging center for offshore wind projects and the company is eager to work closely with both the UK and Scottish supply chain to further create real value for the region’s local communities as this wind project becomes a reality. John Hill, Seagreen project director, SSE Renewables stated that the company is thrilled to welcome MHI Vestas to the Seagreen offshore wind project as the company’s preferred turbine supplier and it looks forward to working with MHI to harness the North Sea wind power with the Danish manufacturer’s proven offshore turbine technology. MHI Vestas Offshore Wind is a 50/50 JV (joint venture) between Mitsubishi Heavy Industries and Vestas Wind Systems A/S. Source credit: https://www.powerengineeringint.com/2019/10/17/seagreen-selects-mhi-vestas-as-preferred-turbine-supplier/?topic=44272