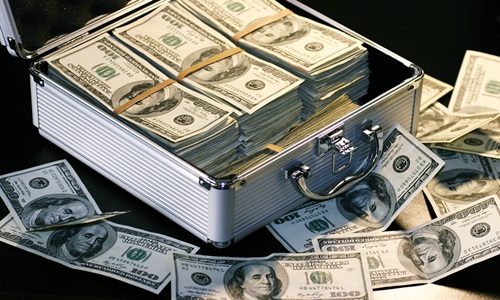 Occidental was looking to sell assets worth $10-$15 billion for underwriting the $38 billion proposed takeover bid for Anadarko Reports confirm that French oil giant Total S.A. has formally inked a deal with Occidental Petroleum to buy the Africa oil and gas assets of Anadarko Petroleum for $8.8 billion. The agreement is reliant on Occidental first reaching a deal to buy Anadarko and then wrapping the deal. To acquire Anadarko, Occidental is competing with Chevron. Seemingly, this announcement would have given some idea as to how Occidental would fund its stock and cash purchase of Anadarko. It would look to sell assets worth $10 billion to $15 billion for underwriting the $38 billion proposed takeover bid. Sources familiar with the matter informed that the sale of the assets of Anadarko in Ghana, South Africa, Algeria, and Mozambique to Total S.A. would also lessen the challenges for Occidental involved in integrating the two oil and gas drillers. The Total S.A. deal is an obligatory agreement and the divestment of the African assets would occur at the same time when Occidental wraps a deal to purchase Anadarko. Vicki Hollub, CEO of Occidental said that Total S.A. has widespread experience working in Africa and is well-suited to maximize value from these assets. Apparently, last month, Chevron reached an agreement to buy Anadarko for $33 billion but later Occidental placed a high offer. Global footprint of Anadarko is broadly seen by analysts as a right fit with Chevron’s portfolio, especially the liquefied natural gas project of Anadarko in Mozambique. The proceeds of the asset sales to Total S.A. would be directed towards funding the cash part of Occidental’s offer for Anadarko and the transaction is designed as a 50-50 cash-stock agreement, sources said. The agreement with Total S.A. is the latest effort by Occidental to offer some credibility to investors with regards to financing for the agreement. In the previous week, the company unveiled a $10 billion investment from Berkshire Hathaway, which would also fund the cash portion of the deal. Source Credit: https://www.cnbc.com/2019/05/05/occidental-inks-deal-to-sell-anadarkos-africa-assets-to-total.html