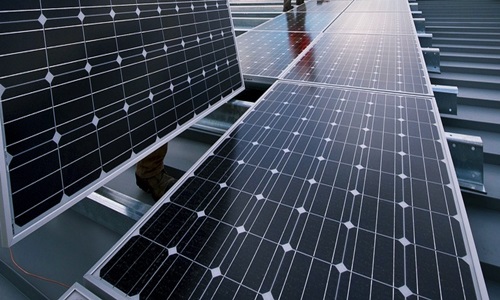 Cary Compounds, the foremost PVC compound firm run by Kenneth Cary, and S&A Molders, a structural foam and injection molder run by his son Charles, have reportedly added a solar array at a shared production facility in Manalapan, New Jersey. As per trusted sources, the Carys leveraged the New Jersey Governor Phil Murphy’s executive measure, A-3723. President of both the firms, Charles Cary was reportedly quoted saying that both the companies utilize a lot of electricity to run large machines which work in two shifts. Both the companies want to lower their impact on the environment, local community, and save money and the initiative and incentives of Governor Murphy have been instrumental in making the decision, Cary further added. Reportedly, the executive measure A-3723 creates and modifies clean energy and energy efficiency programs, offering incentives for conversion to solar. Both the firms registered a decline in carbon dioxide output by 30,000 lbs since the conversion in early February. In the first year, the projected energy savings would be equivalent to the annual electricity usage of 78 houses. According to trusted sources, future plans at the site include an expansion of the solar facility to further lower the carbon dioxide emission levels and potentially subsidize 100% of electrical consumption. Reportedly, since 2007, the system was installed by Vanguard Energy Partners, LLC, which is a national solar energy construction company. The Senior Vice President at Vanguard, Alex Rivera reportedly commented that working with Carys has been a fantastic experience owing to their commitment to sustainability and for the wellbeing of the employees and the community. The dedication of Carys to build a successful business while protecting the environment is inspiring, Rivera further added.