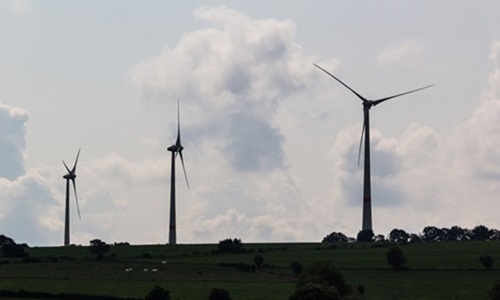 Vestas Wind Systems A/S, a Danish wind turbine company, has recently secured an wind turbine order from global solar and wind development firm, Mainstream Renewable Power for the 185 MW Cerro Tigre wind farm, in Antofagasta, Chile. As per reports, the contract involves the installation and supply of 44 V117-4.2 MW wind turbines along with an Active Output Management 5000 service agreement for the maintenance and operation of the wind park for coming 20-years. Speaking on the move, Manuel Tagle, General Manager, Mainstream Renewable Power (Latin America), said that the company is pleased to collaborate with Vestas for the Cerro Tigre wind farm. The product is a fully-contracted and wholly-owned 1.3 GW Andes Renovables solar and wind generation unit in Chile. After its completion, the project is expected to generate enough carbon-free electricity for at least one of six Chilean homes. It would also play a crucial role in reducing the nation’s expense in generating electricity through traditional means, claims Tagle. As per Andrés Gismondi, Sales Senior Director, Vestas LATAM South Cone, the company is delighted to ink its first agreement with Mainstream Renewable Power in Chile. Apparently, both the firms share same set of values and vision of transitioning into renewable energies. Moreover, Vestas believes that it will be able to benefit Mainstream Renewable Power greatly with the effectiveness of its 4 MW platform. Recently, Vestas has also secured an order from a 137MW wind project in the U.S. for its V110-2.2 MW and V110-2.0 MW turbines. Sources close to the matter state that the order involves commissioning and supplying of turbines as well as a service contract, planned to ensure optimized performance that would span over 10 years. The turbine delivery is expected to commence in the Q3 of 2020 and the commissioning might roll out by Q4 of 2020. Source Credit: https://www.vestas.com/en/media/company-news?n=3511797#!NewsView